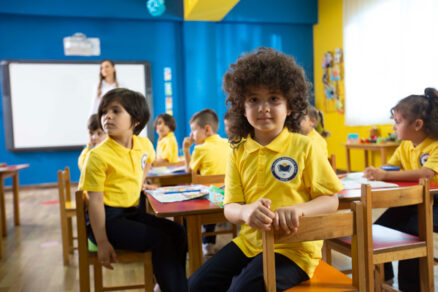 The United States has a federal system, and each of the fifty states has its own department of education, and, because of states’ rights, the federal government is only indirectly involved.  Within each state, the system of education is devolved further to individual school boards. Current educational practices in 42 countries are based on Common Core Standards.  One of the American educational system’s hallmarks, as embodied by Common Core standards, is the insistence that students become critical thinkers and problem-solvers who are full participants in decision making.  These Common Core Standards are the same standards followed by the American International School under the guidance and supervision of the American International Accreditation Association.